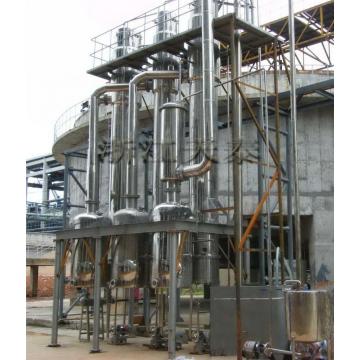 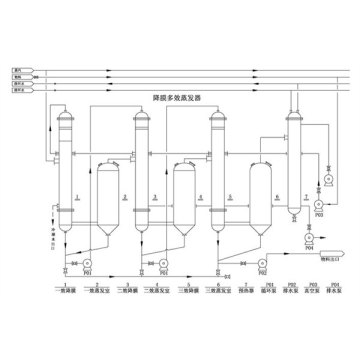 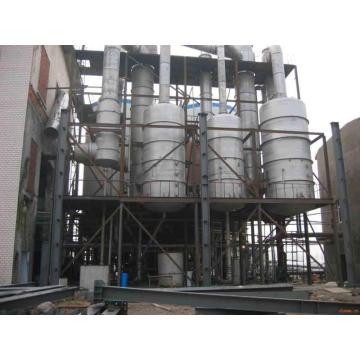 Product Description
The evaporator is also called a cooler, which is a direct cooling device in the refrigeration cycle.
There are many types of evaporators, a large part of the evaporator is mainly used to cool the air, that is, the surface cooling evaporator; there are a small part of the cooling water is used for the evaporator, that is, chiller.
1 cooling air evaporator (surface cooling evaporator)
1) the working principle of surface cooling evaporator. The working process of the surface cooling evaporator is a process of vaporization heat absorption. The refrigerant is a mixture of gas and liquid after throttling process, but most of them are liquid. The flow of liquid refrigerant in the evaporator after decompression, intense endothermic vaporization, called boiling, this step is to obtain the thermodynamic process of refrigeration effect, is the ultimate goal of the refrigeration system, the process of refrigerant in the evaporator, then become gaseous after entering the air compression condensation process.
The heat absorbed by the evaporator comes from two parts: one is the sensible heat released by the cooling air; the other is the latent heat released by the condensation of water vapor in the air. Two. In other words, a part of the cooling capacity of the air conditioner is used to reduce the temperature of the cooling air, and the other part is used for the condensation of the water vapor in the air.
2) the structure of surface cooling evaporator. The structure of the surface cooling evaporator is the same as that of the air condenser, but the appearance is not the same.
2 chiller evaporator
3 chillers used to be large. Medium sized units, generally used in central air conditioning, water as a medium, the cold source to the various rooms. At present, it has been developed to a small refrigeration device with a cooling capacity of about 23250W, or even a smaller chiller. The utility model has the advantages of small volume, flexible handling and small installation site, and can be installed in parallel, and is suitable for household central air conditioners.
The refrigerant of the chiller is water, which is used in the air conditioner to use cooling water as the medium. The most commonly used are the following two types. 1 dry shell and tube evaporator
Physical appearance and structure of dry shell and tube evaporator. Both ends of the cylinder has an elongated plate, combined with welding form and cylinder, and has closed some. The tube plate is provided with a plurality of pipe holes, the evaporating pipe is inserted into the pipe hole, and the outside of the tube plate is exposed. The contact surface of the end cover and the tube plate is provided with a gasket to seal, and is screwed tightly. The end cover is separated by ribs, the end cover is divided into several parts, is generally divided into four, which is divided into four processes. Both ends of the cylinder on the welding of a steel pipe, a flange, it is connected with a water pipe, copper pipe is provided with more than and 10 flow plate, a cover on the import and export over import, export, and is provided with a flange connected with the system again. This is the structure of dry shell and tube evaporator.
Dry type shell and tube evaporator in a refrigerant (water cooled condenser tube on the contrary, it is divided into several road, water) into the evaporation tube, it can shorten the process flow, reducing the flow resistance, shunt by refrigerant steam flow, liquid refrigerant from the thermal expansion valve supply.
The refrigerant in the simplified type is water, which flows along the baffle plate to form a wave type flow, so as to improve the flow rate and enhance the disturbance, thereby improving the contact surface between the liquid and the evaporator, so as to improve the heat transfer efficiency. If the baffle is small, the flow rate can be increased, but the flow resistance is increased. In addition, the flow rate is too fast, it will accelerate the corrosion of the pipe, therefore, the flow rate is generally limited to 0.9~2.4m/s; with copper tube for the evaporation tube, the average flow rate of 1.0m/s.
2) tube evaporator
Wear a pair or a plurality of small diameter tubes in a large diameter metal pipe (tube or fin tube), then, the inside diameter of the tubular space is partitioned into two mutually connected, two ends of the pipe joint wall near the welding becomes a full sleeve type evaporator.
A refrigerant flow from the inner tube from the outer pipe flow, in order to improve the heat transfer efficiency, the refrigerant side finned tube, if the refrigerant is the inner diameter of the inner tube and fin tube, if the two device between the refrigerant, diameter should be with low finned tube is threaded.
The utility model is characterized in that the utility model has the advantages of high flow velocity, high heat release coefficient, compact structure and high efficiency. However, the evaporator has the disadvantages of easy freezing and cleaning on the water side, so it is more suitable for small capacity chillers.
Looking for ideal Double Effect Evaporator Manufacturer & supplier ? We have a wide selection at great prices to help you get creative. All the Multi Effect Evaporator are quality guaranteed. We are China Origin Factory of Falling Film Evaporator. If you have any question, please feel free to contact us.

Email to this supplier
Other Products
Go to
Inquiry Basket >

Ms. VIVI
What can I do for you?
Contact Supplier